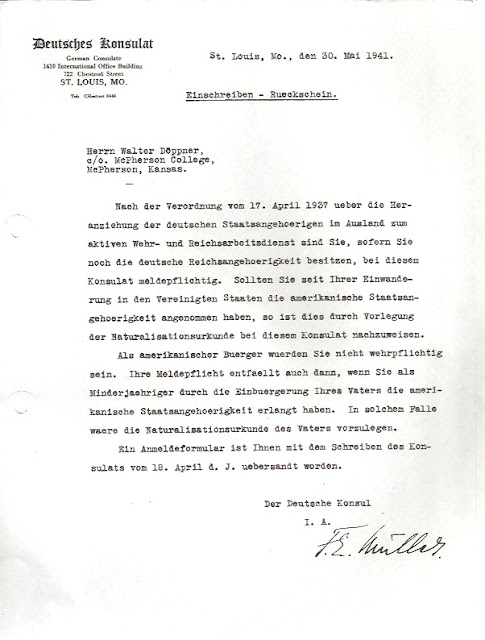 Letter from German Consul in Germany to Opa 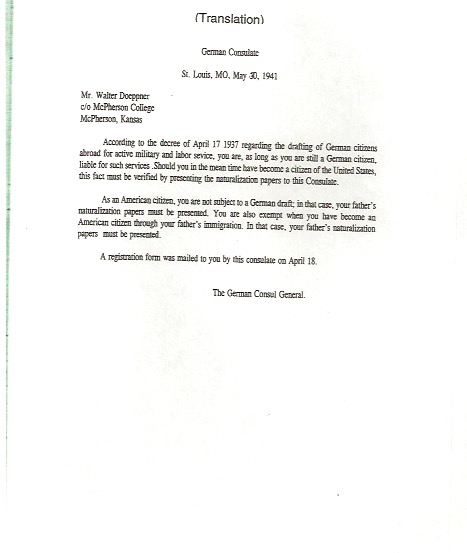 According to the decree of April 17, 1937 regarding the drafting of German citizens abroad for active military and labor service, you are, as long as you are still a German citizen, liable for such services. Should you in the mean time have become a citizen of the United States, this fact must be verified by presenting the naturalization papers to this Consulate.

A registration form was mailed to you by this consulate on April 18.

Just in case Opa forgot, the Germans would like to remind him to sign up for the draft if he isn't an American citizen. I'll take a guess that Opa opened that letter thinking "could've done without this today."

This persistence by the German Consul is going to make it necessary for Opa to respond. I'm looking forward to that response.

I couldn't help but think, are there many others in the US who are getting these letters? Likely people who have continued their work visa or otherwise and have no intention of returning to Germany but haven't quite finalized their citizenship (a long, complex process). What are those people doing?