Just a brief note so you hear from me. Your call from Topeka just got through; I wished you could come up with your folks. Phil was as excited as I never saw him before.

This has been a busy day: K.P. since five in the morning. Tomorrow, our basic starts.

This was a short note, sweet that he keeps writing every day. My takeaway: tomorrow basic starts. What?! What have they been doing this whole time? Is he just now going into basic training?? I'm so confused.

Letter from Opa to Grandmother, October 14, 1944
Transcription:
October 14, 1944
Darling,
This has been a long day, and I actually did do a little work. In the morning, we hauled some truck loads of gravel to the infiltration range. I had my hands bandaged in gloves and that way could work fairly well. In the afternoon, after some fooling around, I swang a paint brush. There were several prisoners of war working close to me, all Germans. It was a great temptation for me to speak to them. Although there is no law against it, I believe it would be an unwise thing to do so. I had fun listening to them, especially since they did not know that I understood what they said. When they started to sing some of the old familiar German songs, I must admit that a lump came into my throat.
Tonight,at 7pm, our company commander gave us a little orientation lecture. He is a young guy, about my age, lieutenant, with a Polish name: Tetkowski. Apparently, a swell guy. His talk was as unmilitary as he could possibly make it, and it showed that he was interested in the work for its own sake. I think I am going to like him. The only thing I didn't like was the fact that the lecture took till nine o'clock, which took away the best part of Saturday evening.
Tomorrow, Sunday, I'll have K.P. Apparently they think I need some practice in that kind of work. Well, someone has got to do it.
In the mail today, together with the enclosed letter from my friend in California, was one application blank (preliminary) for naturalization, which I received as an answer from the Kansas City Immigration Service. This deal is to be a long, drawn-out procedure, but I think there won't be much trouble.
Glad you went to the doctor. You should have expected that the doctor wouldn't have the diaphragm on stock; are you embarrassed to go to a drugstore for it?
I am tired and have to get up early for K.P. tomorrow, so I think I quit now. Tomorrow's letter may be rather brief too, for a similar reason.
Lots of love,
Tom.
P.S. Please return Gerd's letter.
This letter has a lot of nice little insights into Opa's life and the cultural milieu of the day. Grandmother is potentially embarrassed to buy birth control at the drugstore, and sadly I think we're still a little embarrassed about sex and birth control as a societal norm. It have a lot of opinions about this, but it isn't the point of this letter (or even my point about this letter), so I'l move on.
I am surprised that the naturalization process for Opa (and I suspect anyone) who has literally joined the United States military, is still so long and drawn-out. Opa knows it's worth it in the end, after all, this is the main reason why he joined.
Opa doesn't talk much about his family or friends in Germany. My guess is that's because there is nothing new to talk about: no news is coming or going from the war-zone civilians in Europe. I suspect Opa easily avoids this topic as a method of self-preservation. I do this. If I know I can't do anything to help or change something, I cope by putting the whole situation in what I like to call a "black cloud." It's basically compartmentalizing, but I like to imagine a black-hole in space that has its opening just above my head in a dark cloud, perfect for when I need to throw something in and forget about it.
I don't think Opa has forgotten his family and friends, absolutely not. In fact, his friend in California and Gerd (who I don't know but have a guess) are likely both Germany-related contacts. His whole endeavor to get citizenship is not only for his own survival, but so that he can sponsor his mother when everything is over. I don't think he has allowed himself the chance to entertain that she might not be able to come to the US. He faces what is in front of him, making choices based on the best case scenario and planning for the worst.
The part that intrigued me the most about this letter was the German POWs. I didn't realize that there were POWs on American soil. I suppose I should have known that, but like so many other things I have been ignorant about, I just never thought about it. I did some light searching and found this documentary about the POWs.
Opa's response to them seems pretty natural: tempted to talk to them but deciding against it in the end. When he said that he had a lump in his throat when hearing the old folk songs of Germany, I got a little lump in mine. Nazis or not, Germany was still his home. The language, the stories, the songs, all of that was the backdrop of a childhood which was, for at least ten or so years, a good one. It's hard to compartmentalize when the black hole spits out a reminder of what you've tossed. Haven't you had that moment? When you catch the scent of something, the melody of a special song, even a familiar phrase or word? It catches you by surprise, evoking a response before you had a chance to shove it back into the abyss.
I keep thinking about how war dehumanizes. We look back and think in terms of good vs evil, axis and allies, etc. In this weird conjunction of military troops and POWs from enemy territory, what is actually present is a group of humans, each with their own stories, songs, and black holes of memories.
Opa is standing on the bridge between the two, wistful but moving on.
Posted by Sarah Snow at Thursday, September 15, 2022 No comments: 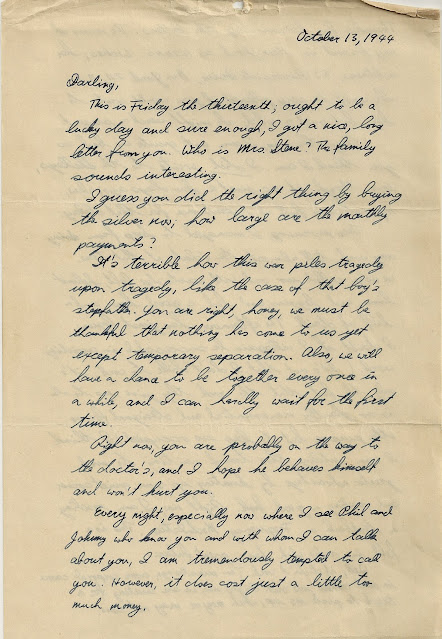 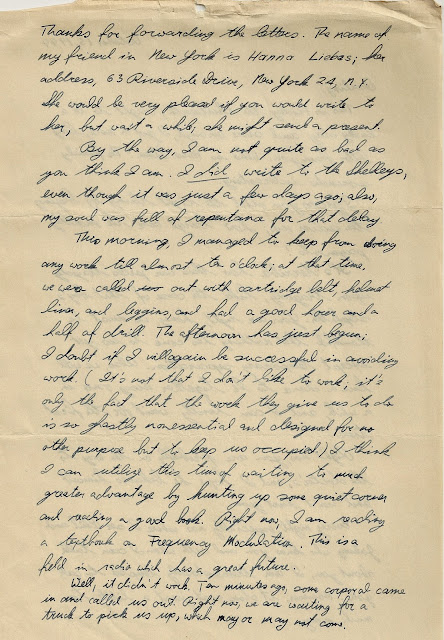 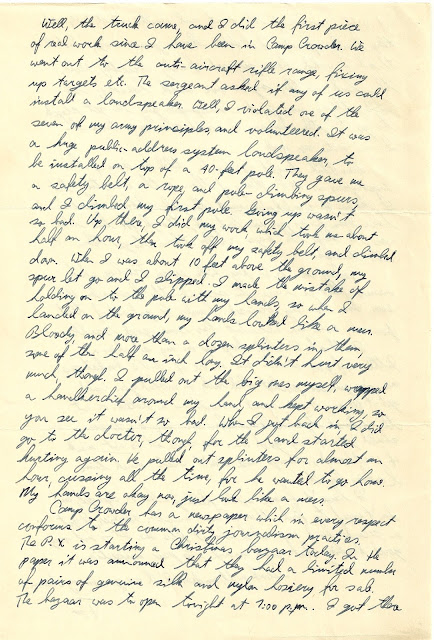 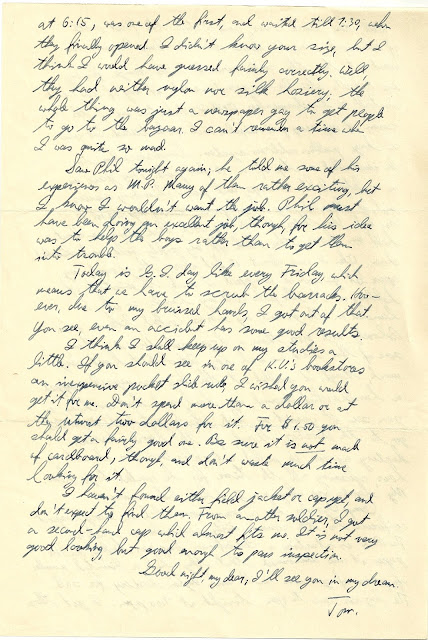