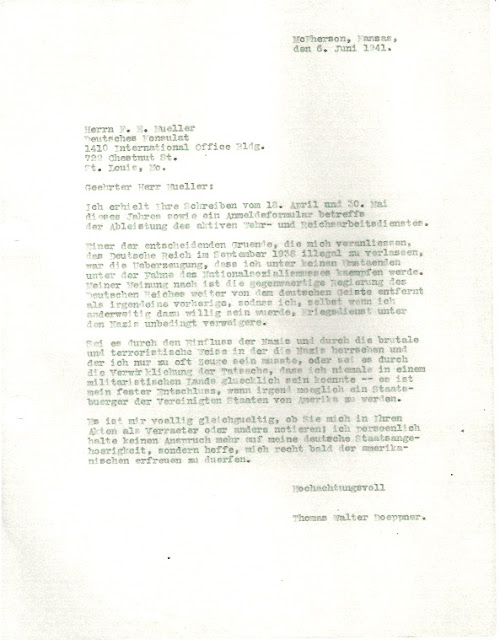 Letter from Opa to German Consul 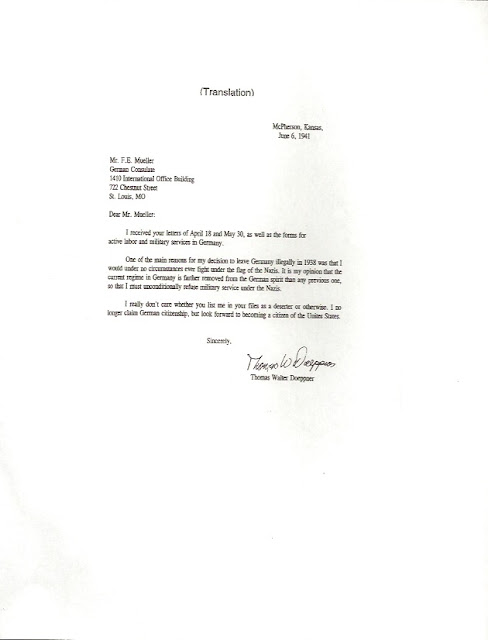 Translation of Letter from Opa to German Consul

I received your letters of April 18 and May 30, as well as the forms for active labor and military services in Germany.

One of the main reasons for my decision to leave Germany illegally in 1938 was that I would under no circumstances ever fight under the flag of the Nazis. It is my opinion that the current regime in Germany is farther removed from the German spirit than any previous one, so that I must unconditionally refuse military service under the Nazis.

I really don't care whether you list me in your files as a deserter or otherwise. I no longer claim German citizenship, but look forward to becoming a citizen of the United States.

That's a solid hell no. There are times when I see something on social media or hear something or read something and I cannot articulate any better my gut response to it other than the urge to just scream an animalistic and mystically snuffing "NO!" That's what this letter is to the German Consul. Opa with all the dignity he can muster- screaming in concise diction, the sum total of: NO.

I can't really add much to that other than to wonder how deliciously satisfying that must have been for Opa to write.