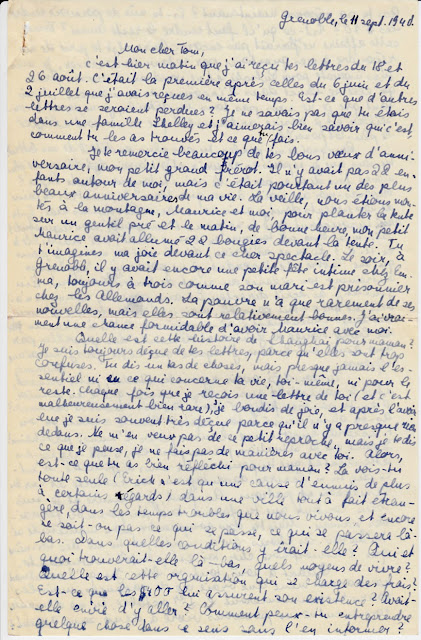 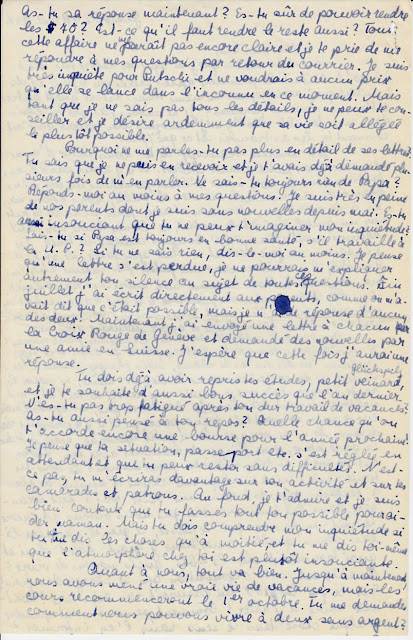 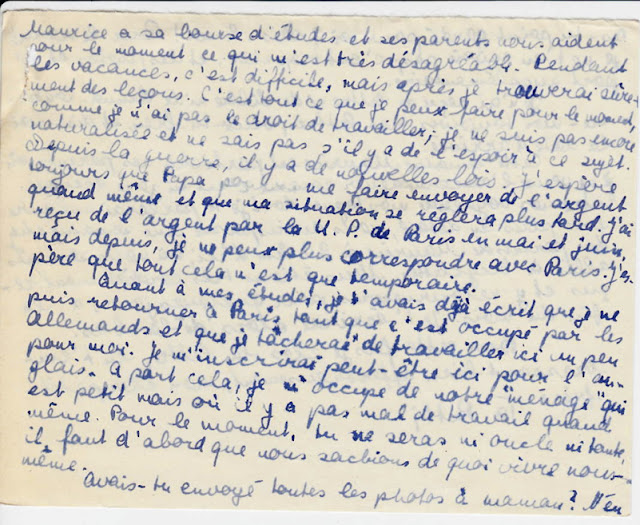 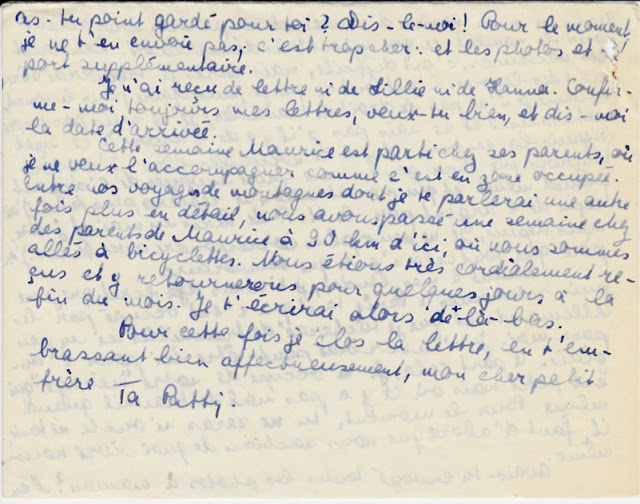 
Your Patti
Oh Patti, you can't help but be honest, and brutally honest you are. She gives Opa a proper scolding for not give her enough information about their parents. I feel for her too- because Opa is the only one she can get information about them from- and Opa doesn't seem to be clear in his letters. I wonder if with all the letter writing he is a little bit rushed and not as intentional about what he writes. Patti flat out told him he writes a lot with little content. Ha! My hope is that Opa takes the scolding lightly and gives her the information she is seeking without being too hurt by her reproach.
I think it is still so ironic that Opa is the information center for Ella and Patti- they are so much closer geographically- and yet must wait on news from the United States to know what is happening next door.
Obviously Opa's letter is confusing because Patti is all sorts of confused about the Shanghai thing. She talks about how Erich gets in Ella's way and how sending Ella to some random town she's never been to might not be the brightest idea. And she says all this with the assumption that Opa is orchestrating the plan and idea. The truth is that Ella asked Opa for the money and her pleading to get out of Berlin is enough for her son to grant her wish. Patti has not seen her mother's letters lately, and even if she did- she'd likely want to chastise her mother of the same non-information-giving crime she accused Opa.  Patti is desperate for information on her family, desperate to know that everything is being thought about, worked on, processed. She has absolutely no control- in fact- her little brother is the one who is holding the reigns in  many ways. I think that was hard for her. I think Opa could have forwarded Ella's letters and Patti would still feel frustrated for lack of information.
We get a glimpse into the restrictions that Patti faced due to her fear of running into the German occupying forces. One of her friends is already a guest in a German prison. The fear is very real. Patti and Maurice biked 90 km to his parents! That's almost 56 miles! I feel like that isn't normal. It shows how careful they have to be about money, and about traveling.
I hope the next letter sounds more satisfied. She had a wonderful birthday, but it didn't stop her from telling Opa exactly what she thought. And that is why I love Patti- because she steps outside the German stereotype of stoicism once in a while and writes what is on her mind. Even if she is being brutally honest.
Posted by Sarah Snow at Tuesday, November 17, 2015