September 5, 1939: Your Message has been Forwarded 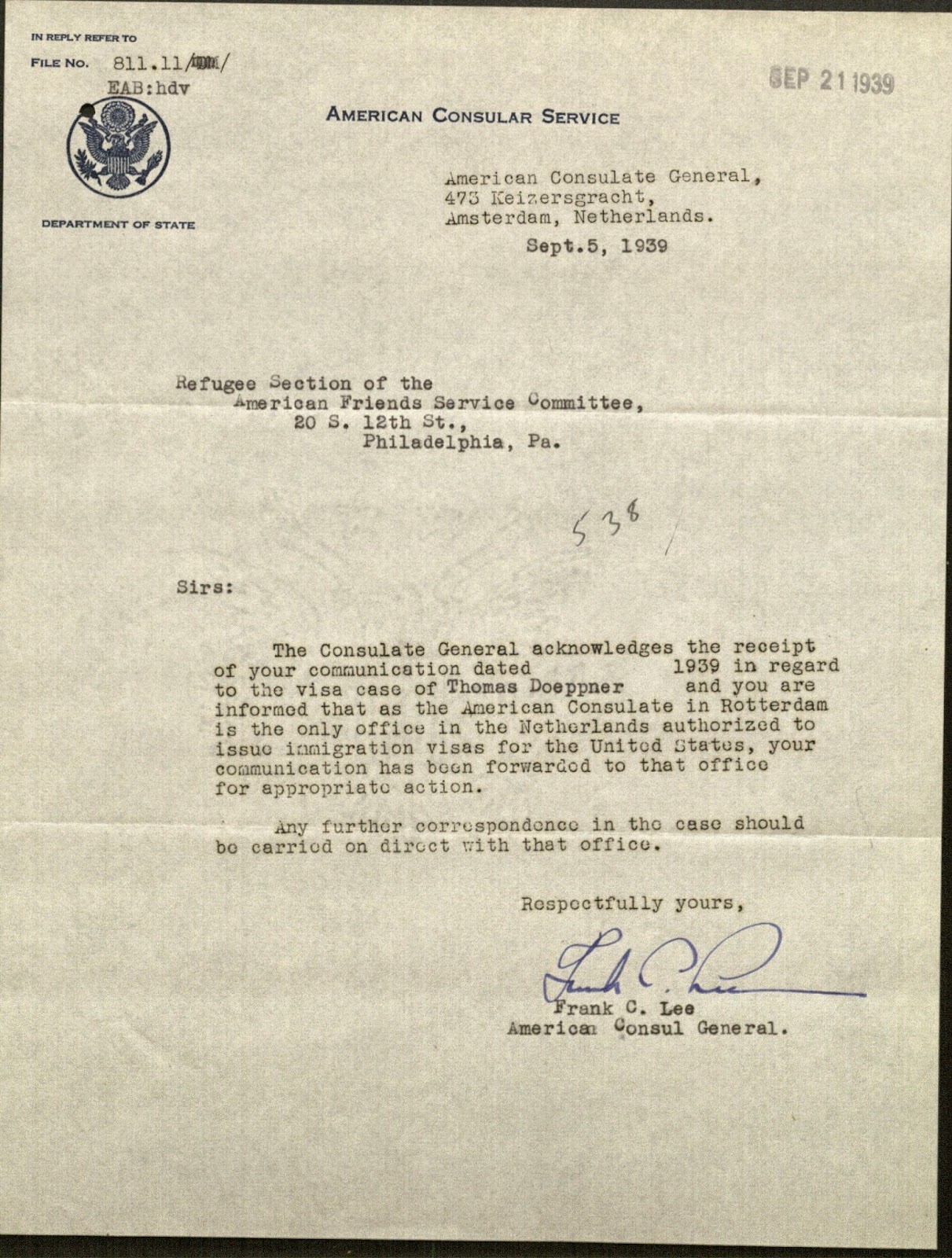 Sirs:
The Consulate General acknowledges the receipt of your communication dated September 1st, 1939 in regard to the visa case of Thomas Doeppner and you are informed that as the American Consulate in Rotterdam is the only office in the Netherlands authorized to issue immigration visas for the United States, your communication has been forwarded to that office for appropriate action.

Any further correspondence in the case should be carried on direct with that office.

Before I talk about the content of the letter, let me point out two things:

1) The first paragraph is one sentence. Holy editing moly.
2) This is a fill-in-the-blank letter, as you can see by the penned-in date and typed-in name that specify the case. This means that it was common enough for people to send this type of request to this office and be forwarded to Rotterdam.

I wonder how this news was received by the folks at the AFSC. Was this standard procedure- an expected forwarding process? Or was this a sign of the diminishing possibilities for people in Europe to have access to the possibility of entering the United States? Either way, for Opa, it’s a delay in a process that really needed to be expedited. We will see how it plays out.